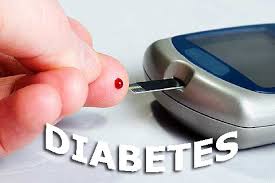 A recent article published in the The Telegraph, a major United Kingdom newspaper, investigated the high cost of diabetes drugs and how they’re draining the coffers of the UK’s National Health Service (NHS), Great Britain’s government medical care system.

The article mentioned that perhaps prevention through diet and exercise would be better for reducing diabetic drug costs. But nothing was mentioned about drug-free solutions to existing diabetes cases that endanger Big Pharma’s revenues.

The overall costs to Britain’s NHS for allopathic diabetes treatment and the drugs prescribed totals £10 billion a year. At the time of this writing, an English pound is equivalent to around $1.7 US, making their expense $16.7 billion US annually. The number of prescriptions for diabetic drugs has gone up two-thirds over the past decade, while the costs for those drugs has has increased by half. [1]

One solution offered was to pass a bill that would impose an additional sugar tax on all processed foods and drinks that would be directly added to NHS revenues. Some, but very little, was mentioned about focusing on diet and exercise for diabetes type 2 patients.

Diabetes type 2 is much more common than diabetes type 1. Insulin resistance is symptomatic of type 2, while type 1 is characterized by a lack of insulin production from the pancreas. High blood sugar counts and obesity are the early signs of diabetes type 2.

Diabetes untreated or handled by any means can lead to heart disease, kidney disease, blindness and neuropathy affecting the toes and feet. Sometimes, that leads to amputation, a typical allopathic solution. Oh, some die from diabetes, supposedly, but death statistics don’t include the drugs’ side effects as causative factors for deaths.

Non-drug approaches would not only help reduce the cost of treating diabetes, but also the cost of treating diabetes drug side effects. One study published a few short years ago, “Action to Control Cardiovascular Risk in Diabetes,” or ACCORD, and another performed in 1969, “University Group Diabetes Program,” proved that diabetic drugs, even insulin, did more harm than good.

Incredibly, they were both stopped prematurely, because deaths from the drugs exceeded placebo participants by up to three-fold. Yet almost all the media and MD attention goes to Big Pharma’s research for new diabetes drugs as they await the next drug company representative, hopefully cute and sexy, to come in with the latest product news and samples.

Yes, avoiding processed sugar, starchy processed grains and other high-glycemic processed foods and eating less to reduce weight along with exercise are the first steps to controlling or reversing diabetes type 2. Sometimes, this alone will curb a high blood sugar pre-diabetic condition known as metabolic syndrome.

Naturopaths, homeopaths, chiropractors, Chinese medicine and Ayurveda practitioners can resolve diabetes issues without toxic, expensive pharmaceutical drugs. A few brave MD doctors who have stepped out of the box of Big Pharma’s control do have some pretty good suggestions for diabetics who wish to go with effective and safe alternatives.

Dr. Jeffrey Dach, MD, claimed, “Current research reveals that diabetes is a thiamine deficiency state…. The evidence is now overwhelming that treatment of the diabetic patient should include thiamine supplementation, preferably in the form of benfotiamine [lipid-soluble vitamin B1].” [3]

That’s a load of valid tips from which to select a few that may be right for you. But don’t forget the diet and exercise.

Sources for this article include: