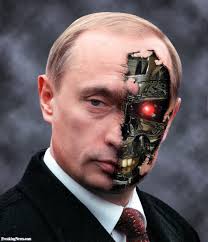 Putin: You better not come after a nuclear-armed Russia

By Greg Botelho and Laura Smith-Spark

That was President Vladimir Putin’s message on Friday, the same day a British government source claimed that Russian troops had significantly ratcheted up their military incursion into Ukraine.

Moscow doesn’t want or intend to wade into any “large-scale conflicts,” Putin insisted at a youth forum, state-run Itar-Tass reported. A few breaths later, he made the point that Russia is “strengthening our nuclear deterrence forces and our armed forces,” making them more efficient and modernized.

“I want to remind you that Russia is one of the most powerful nuclear nations,” the President said. “This is a reality, not just words.”

He later warned, “We must always be ready to repel any aggression against Russia and (potential enemies) should be aware … it is better not to come against Russia as regards a possible armed conflict.”

The comments came the same day that Foreign Minister Sergey Lavrov accused NATO of using “images from computer games” to — in his view — falsely make the case that Russian troops are in Ukraine. Lavrov said “hiding the evidence is an outstanding characteristic of the U.S. and many EU countries” with regard to Ukraine.

The thing is, many in the West don’t believe much of anything coming out of Russia.

White House spokesman Josh Earnest said Friday that — whatever the Kremlin says — the reality is Russian troops are inside the Ukraine and have fired on Ukrainian military positions.

“Those denials are completely without credibility,” Earnest said.

And Russia’s military may be getting digging in deeper in Ukraine. The British government source told CNN on Friday that Russia has moved 4,000 to 5,000 military personnel — a figure far higher than one U.S. official’s earlier claim of 1,000 troops.

The soldiers are aligned in “formed units” and fighting around Luhansk and Donetsk, said the UK source. And they may soon have company: Some 20,000 troops are on border and “more may be on the way,” the source adds.

So what’s Russia’s endgame? Does it simply want to protect civilians or ethnic Russians in Ukraine? Or does it endeavor to develop a land bridge between Crimea — which split from Ukraine to become part of Russia months ago, amid the unrest following President Viktor Yanukovych’s ouster — and the Russian border? Or perhaps take over all of Ukraine now?…