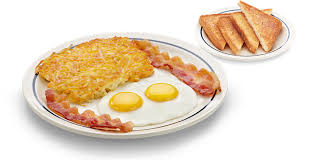 The most important meal of the day is evolving — and not for the better.

By Clarissa A. León

The first meal of the day just isn’t what it used to be. In fact, it’s becoming downright overrated, according to Gretchen Reynolds of the New York Times. We used to love waking up in the morning to a bowl of cereal and a cup of coffee. But breakfast as we know it is changing, for a number of reasons.

1. Science finds proof we don’t even need breakfast. As Gretchen Reynolds writes in the Times, breakfast as the “most important meal of the day” has lost its edge. We’ve long understood that if you want to lose weight, you’ll need to start with a healthy breakfast. The logic makes sense, because if you find yourself starving at lunch, you’re bound to eat more at lunch. But a new study says this is no longer the case. In a study of nearly 300 volunteers, scientists assigned subjects either to eat breakfast or skip it or just “continue with their current dietary habits.” After 16 weeks, not one of the subjects had lost very much weight. In the study breakfast didn’t play a significant role, and was downgraded to “just another meal.”

Another study from Harvard examined the health records of 27,000 men and found that skipping breakfast was related to heart disease, as fasting can increase stress, among other health risks. Oatmeal anyone?

2. Cereal is no longer the star of breakfast. For millions of Americans, cereal is the breakfast of choice. What could be simpler than a bowl of cereal? Yet, cereal’s simple ways have begun to mark its demise as cereal sales have begun to fall. Just this past week General Mills reported a 25 percent decline in sales this latest quarter and there’s a rising demand for alternative breakfast options. Euromonitor International reports that the cereal category has dropped by nearly $4 billion since 2000 from $13.9 billion to $10 billion. Turn to millennials and maybe you’ll understand another reason cereal is food non grata at the breakfast table. Today’s generation doesn’t want cereal — and its typically high sugar content — in the morning. Instead, they’ll pick up a bagel or yogurt or smoothie.

3. Climate is going to change the fundamentals of breakfast. Even if millennials opt for a bagel or smoothie, there are a few foods that they won’t be able to find, due in large part to climate change. Climate change has devastated orange crops (for orange juice) and foods like pork, sausage and bacon. The so-called ” aporkalypse” has been called “unavoidable” by industry experts. Meanwhile, the price of hazelnuts is going up due to poor weather. Coffee will also be affected from climate change: rising temperatures lead to more pests, which in addition to more pesticide use and coffee adulteration, will also mean less coffee.

4. Breakfast prices will rise. Climate change is already changing the breakfast industry by changing market prices. California is facing one of the worst droughts in its history, even prompting a new D5 category for its severity. The USDA says meat and produce prices could rise by 6 percent from droughts in Texas, Oklahoma and California. It’s not only drought that is upping prices but the other “D” issue: disease. Early in May of this year the porcine epidemic diarrhea virus killed millions of baby piglets in Europe and has spread to Japan, Mexico and Canada. Part of the cause is “lax biosecurity.” The BBC reports that the disease is caused by “dried pig blood in feedstuffs that are given to weaned piglets”—a direct consequence of factory farming methods…