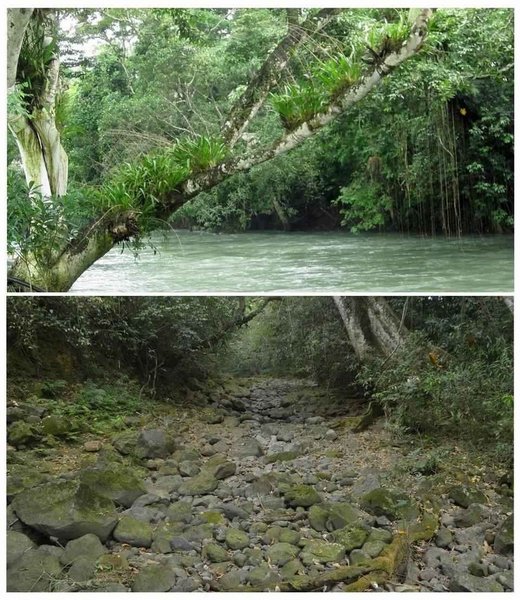 Within the last 3 months or so, newspapers have started reporting increasingly about rivers and lakes that mysteriously and suddenly disappear around the world. Here a compilation of the most baffling incidents.

Let’s start this compilation with the Atoyac River, which disappeared overnight drained by a giant 30 meters by 20 meters fissure in the riverbed. The large sink hole cut the water supply to more than 10,000 families for a few days.

One month later, in April 2016, two other rivers flowing through the exact same mountainous region of the eastern state of Veracruz, Mexico also began to dry up due to the formation of sinkholes. 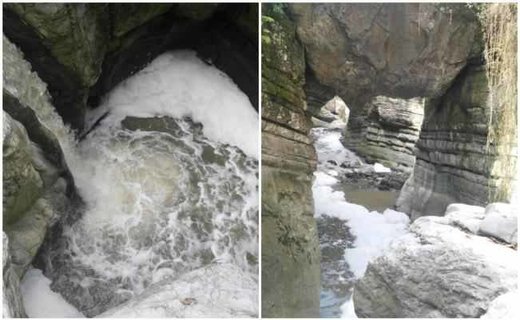 The flow of the Tliapa and Tlacuapa rivers has been almost shut down due to two large holes in a cascade.

End of March 2016, another giant crater almost drained out a pond and devoured up to 25 tons of fish all of a sudden in China. 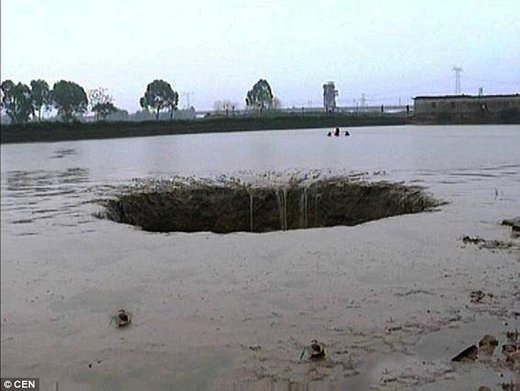 Now, closer to us in May 2016, Lake Riesco in Chilean Patagonia has almost dried out within two or three days, transforming this idyllic place into a rock-and-sand landscape. People are still waiting for an official answer to this mystery… Was another sinkhole or a fault line at the origin of the disappearance of this water reservoir?

Mid June 2016, official sources report an unprecedented water crisis in the same region of Chile with large lakes and rivers drying up and thus threatening communities and animals living around. 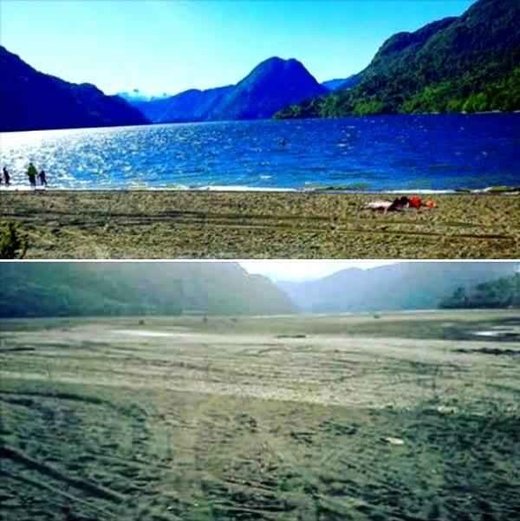 Only during last week, parts of the popular Ogun river in Nigeria – June 17, 2016 – and a Lake Peschёra – June 19, 2016 – disappeared overnight drained out by deep holes in the ground. Moreover, most of Lake Alligator in Florida vanished though giant holes on June 9, 2016. 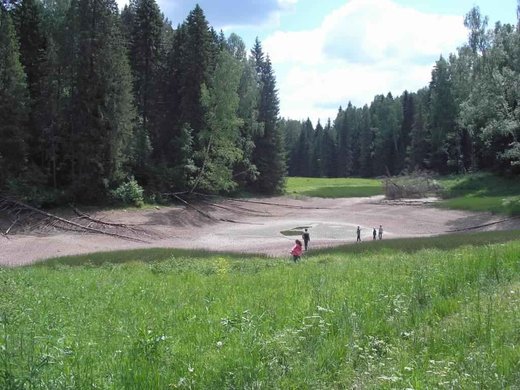 Lake Peschera was vanished through a deep sinkhole in June 2016.

And what about the Kalamba Lake in Kolhapur which has almost dried up completely for the first time in its 135-year-old existence? From an original size of 63.13 hectares, it is now only 2-3 hectares wide. 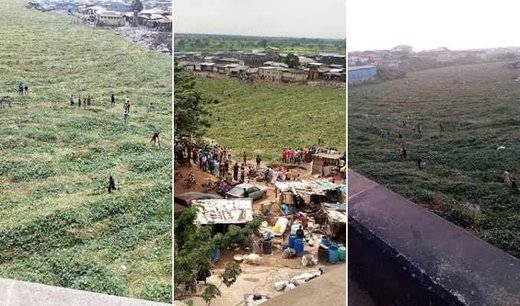 And what about the mysterious disappearance of parts of the Ogun River in Nigeria?

And what about Lake Poopo, the second largest lake of Bolivia, which has almost completely disappeared. 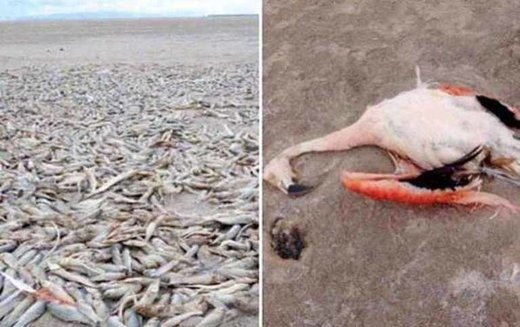 It should also be notified that Lake Waiau, Hawaii’s only alpine lake is also mysterious disappearing. 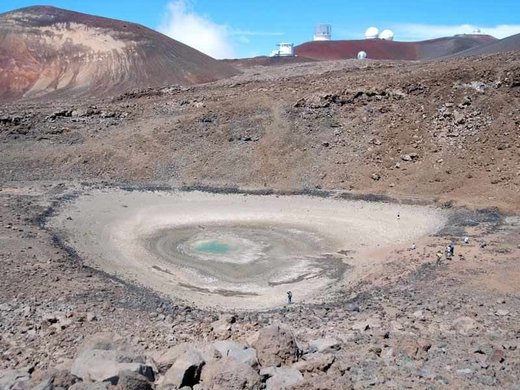 Is really the extreme El Nino 2015 responsible for all these sinkholes and drying lakes and rivers. Is something else also playing a role? I don’t know exactly but something is really going crazy. And mother Earth doesn’t like it at all.

Comment: Mysterious indeed. Elsewhere scientists have been baffled by the relentless rise of two Caribbean lakes and off northwest England a new island formed. What is going on?