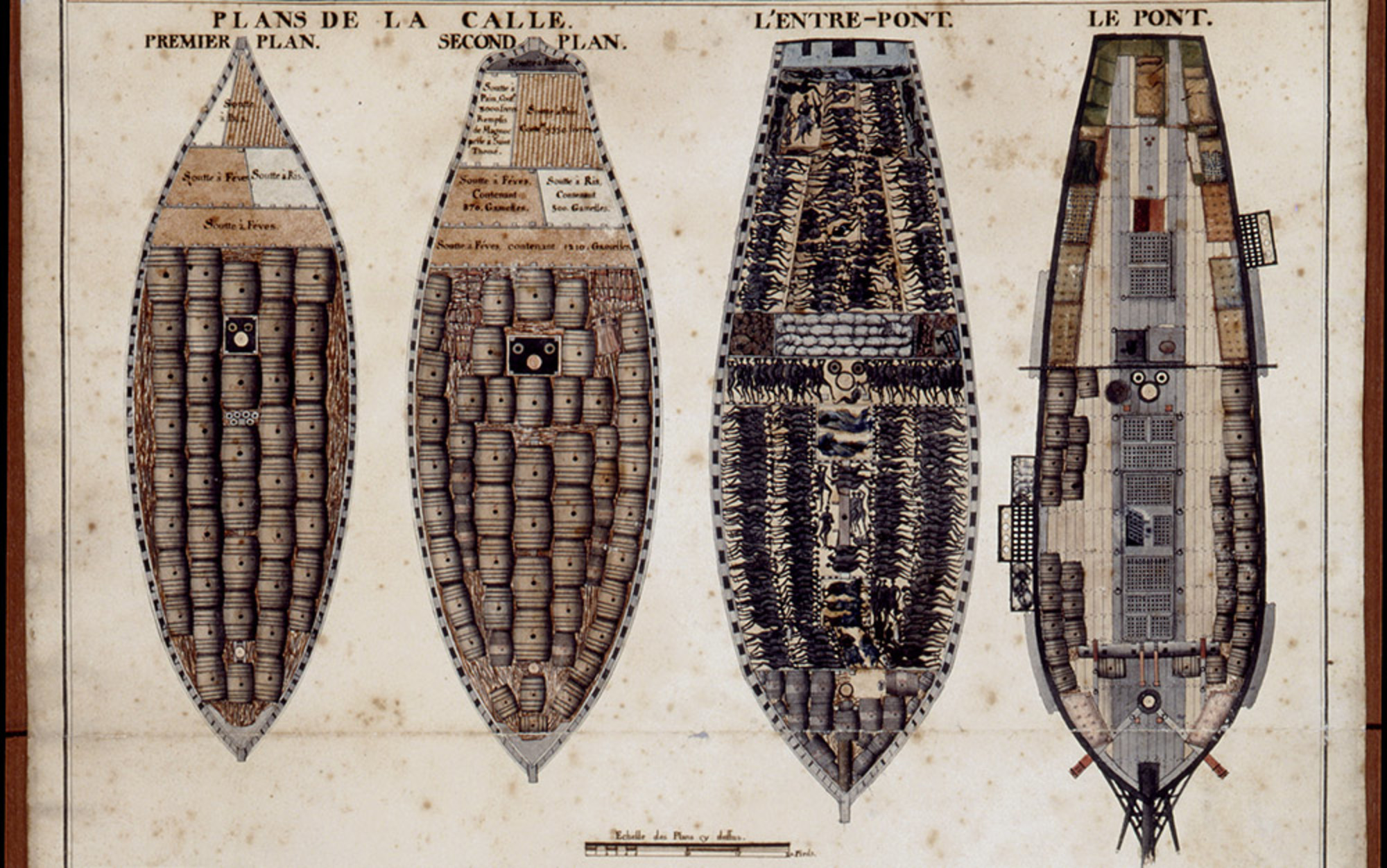 Blake Smith is a PhD candidate in history at Northwestern University in Illinois and the School for Advanced Studies in the Social Sciences in Paris. His research, focusing on the French East India Company, has appeared in scholarly journals such as French Cultural Studies and the Journal of the Economic and Social History of the Orient, as well as popular media such as TheWire.in and The Appendix.

For nearly four centuries, the Atlantic slave trade brought millions of people into bondage. Scholars estimate that around 1.5 million people perished in the brutal middle passage across the Atlantic. The slave trade linked Africa, Europe and the Americas in a horrific enterprise of death and torture and profit. Yet, in the middle of the 18th century, as the slave trade boomed like never before, some notable European observers saw it as a model of free enterprise and indeed of ‘liberty’ itself. They were not slave traders or slave-ship captains but economic thinkers, and very influential ones. They were a pioneering group of economic thinkers committed to the principle of laissez–faire: a term they themselves coined. United around the French official Vincent de Gournay (1712-1759), they were among the first European intellectuals to argue for limitations on government intervention in the economy. They organised campaigns for the deregulation of domestic and international trade, and they made the slave trade a key piece of evidence in their arguments.

For a generation, the relationship between slavery and capitalism has preoccupied historians. The publication of several major pieces of scholarship on the matter has won attention from the media. Scholars demonstrate that the Industrial Revolution, centred on the mass production of cotton textiles in the factories of England and New England, depended on raw cotton grown by slaves on plantations in the American South. Capitalists often touted the superiority of the industrial economies and their supposedly ‘free labour’. ‘Free labour’ means the system in which workers are not enslaved but free to contract with any manufacturer they chose, free to sell their labour. It means that there is a labour market, not a slave market.

But because ‘free labour’ was working with and dependent on raw materials produced by slaves, the simple distinction between an industrial economy of free labour on the one hand and a slave-based plantation system on the other falls apart. So too does the boundary between the southern ‘slave states’ and northern ‘free states’ in America. While the South grew rich from plantation agriculture that depended on slave labour, New England also grew rich off the slave trade, investing in the shipping and maritime insurance that made the transport of slaves from Africa to the United States possible and profitable. The sale of enslaved Africans brought together agriculture and industry, north and south, forming a global commercial network from which the modern world emerged.

It is only in the past few decades that scholars have come to grips with how slavery and capitalism intertwined. But for the 18th-century French thinkers who laid the foundations of laissez-fairecapitalism, it made perfect sense to associate the slave trade with free enterprise. Their writings, which inspired the Scottish philosopher Adam Smith’s Wealth of Nations (1776), aimed to convince the French monarchy to deregulate key businesses such as the sale of grain and trade with Asia. Only a few specialists read them today. Yet these pamphlets, letters and manuscripts clearly proclaim a powerful message: the birth of modern capitalism depended not only on the labour of enslaved people and the profits of the slave trade, but also on the example of slavery as a deregulated global enterprise…