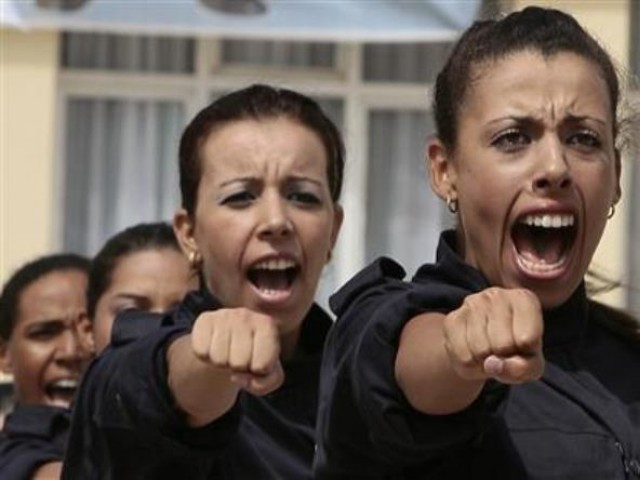 More and more Algerian women are challenging traditional norms by getting jobs, but many see their salaries confiscated by their husbands despite a law against the practice.

“It’s financial harassment,” lawyer Fatma-Zohra Benbraham said. “It’s a dangerous phenomenon that has been kept silent for a long time.”

Lawyers say that as more women go into the workplace, tensions over money are causing a surge in divorces.

Benbraham said financial disputes, particularly over control of wives’ salaries, are behind the rise. “The tendency to divorce has increased in recent years. Money is the main cause of marital breakdowns,” she added.

Women say they face financial blackmail. If a wife refuses to let her husband control her wages, she is forced to stay at home or even face divorce proceedings – a source of shame in the conservative country.

In other cases, fathers or brothers take control of their female relatives’ money. “Many women prefer to divorce so they can keep their salaries for themselves and their children,” said Benbraham.

In 2015, Algeria’s parliament adopted a law aimed at preventing husbands from taking control of their wives’ salaries.

It says “anyone who exercises constraints on their spouse in order to have access to their property or financial resources” can be imprisoned for up to two years.

But many women say the law does not protect them enough.

“I never see my money. My husband takes it all,” a woman identified only as Nadia told local daily El Watan. “The law should protect us.”

Nourredine Bekis, professor of sociology at the University of Algiers, said the practice was a result of patriarchal society.

“We have taught boys that financial power is the basis for establishing male domination,” he said.

‘Women should be given equal rights’

Algerian husbands are traditionally responsible for providing for their wives and children, while a wife’s money is reserved for her own use. But as they head to work, women have little choice but to hand their cash over to their husbands or risk their families falling apart.

The debate on the right of women to control their salaries was recently revived by Mounia Meslem, minister for the family and the status of women.

She provoked a wave of criticism on social media when she called on women to give their wages to the state to help it cope with financial difficulties arising from a fall in the price of oil, the country’s main resource.

“We can help our country,” she told the private television channel El Bilad. “It is not our income that gives us a livelihood, but rather our husbands who take care of us.”

One thought on “Muslims Confiscate Wives Salaries – Where Are Feminists?”