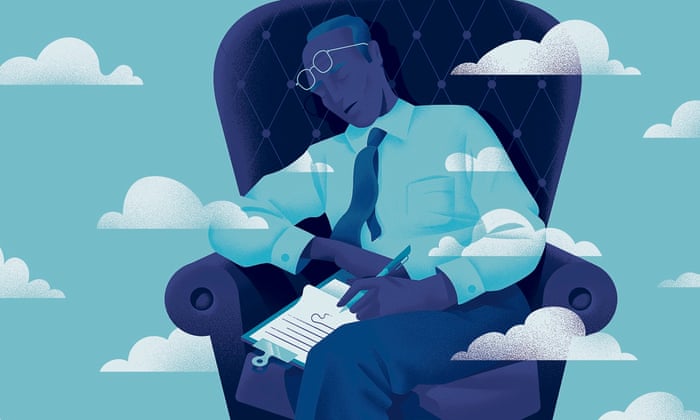 Night after night, elaborately crazy stories plant themselves in your mind through no choice of your own. Don’t tell me something intriguing isn’t going on

What are dreams for? It’s one of those bottomless questions where the answer tells you mainly about the person doing the answering. Those who pride themselves on being hard-headed and scientific will say they’re meaningless nonsense or, at best, some kind of boring but essential process for consolidating the memories of the day. Those who think of themselves as spiritual, meanwhile, will insist they’re messages from beyond. Yet the hard-headed answer isn’t much more plausible than the kooky one. If dreams are random brain-firings, how come they have coherent narratives? And if they’re just a dull retread of everyday events, how come they’re so often wildly inventive, haunting or surreal? (Don’t worry, I won’t bore you with any of my own, though the famous fact that “nothing is more boring than other people’s dreams” is, in itself, rather interesting.) As James Hollis, a Jungian psychotherapist for whom dreams are far from meaningless, writes: “Who would make this stuff up?” Night after night, you go to bed and elaborately crazy stories plant themselves in your mind through no choice of your own! Don’t tell me something intriguing isn’t going on.

Dreams are hard to study in the lab, for the obvious reason that only you experience your own. Indeed, as the philosopher Daniel Dennett points out, you can’t even be certain you experience them, at least in the way you imagine. You “recall” them when you wake, but how do you know that memory wasn’t inserted into your mind at the moment of waking? Yet recent work by researchers including Matthew Walker, author of the new book Why We Sleep, strongly suggests dreams are a kind of “overnight therapy”: in REM sleep, we get to reprocess emotionally trying experiences, but without the presence of the anxiety-inducing neurotransmitter noradrenaline. In experiments, people exposed to emotional images reacted much more calmly to seeing them again after a good night’s dreaming. Neither dreamless sleep nor the mere passage of time duplicated that effect.

Carl Jung certainly wouldn’t have settled for that explanation, though. He argued– I’m simplifying here – that dreams were messages from the unconscious, offering, in symbolic form, insights and advice the conscious mind might have missed. That dream where you’re careening down a slope in a runaway shopping trolley towards a cliff edge: what might that be saying about how you need to change? So you wrote down a dream, then studied it, with or without a therapist, trying out different interpretations, and if one rang true – if it gave you goosebumps or triggered strong emotions – you pursued it further. What’s striking, you may have noticed, is that this approach would work even if Jung were wrong, and dreams were just random. If you treat them as potentially meaningful, retaining only those interpretations that really “click”, you’re going to end up with meaningful insights anyway. I’ve dabbled in this, and highly recommend it. To ask what your dreams might be trying to tell you is to ask deep and difficult questions you’d otherwise avoid – even if, in reality, they weren’t trying to tell you anything at all.