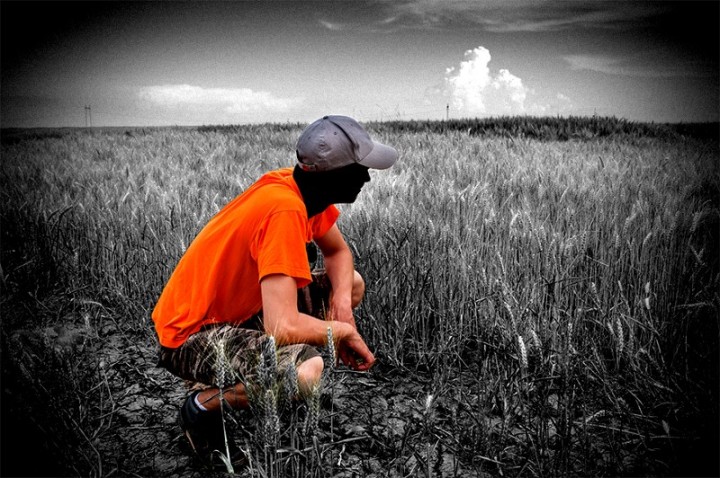 There’s no way to make a living growing food in America, and the poverty and shame are driving some to suicide

Last week, The Guardian published a powerful feature about how farmers and ag workers are killing themselves at a rate five times that of the general population.

As a farmer, none of this came as news to me.

Not in the least.

About a dozen years ago, when the population decline of my small farming community of Lane County, Kansas, was gaining momentum — we’re down to about 1,000 people now — my neighbors a few miles away were living through a particularly hard time. Like my family, they were farmers. But their farm pattern was more of a boom-and-bust cycle compared to the others in our area. This financial strife had started to bleed into their marriage, and stability had become out of reach.

She shot him first. Then herself. Fortunately, she let their three kids live. They were around my age at the time, which today would put them in their mid-30s and a little younger. The husband’s elderly father and an uncle still work the land they farmed, though someone else lives in the house on the hill overlooking it.

I was in the fifth grade when they built that house. Their son, who was in my class, would come to school with daily updates about the construction and shake with excitement as he detailed the progress. They’d previously lived in a trailer at the bottom of the hill, but they were convinced richer days were ahead. They invested heavily in their farming operation and put up a new shed and workshop alongside the older infrastructure on the property.

I passed their house along the two-lane highway that connected our farms everyday on my way to school, and it looked to me like they were doing everything right. In fact, I thought they had much more momentum going for them than my family. They had better cars and bigger trucks than other farmers and a big Harley-Davidson Softail Classic painted the colors of Kansas State University to ride on the weekends. I was envious.

This was a family on the rise.

The local story varies in detail, but generally, it goes like this: The couple’s relationship was falling apart, the whole thing complicated by not-so profitable farming years. Leading up to their deaths, he delivered to her a divorce settlement package of some kind, which she couldn’t accept. Then, not long after the 2004 wheat harvest, she loaded the magazine of her 9mm pistol and drove 20 miles to where he was looking at a new investment (turning an old veterinary clinic into a hotel, where he’d also set up a residence). She stood over him and pulled the trigger before turning the gun on herself. They were both 46. Their foreclosure sale on the farm land was judged at $1.47 million, according to the newspaper at the time.

In the years before they died, they’d come to town in the height of summer to watch the parade during the county fair, sitting shoulder-to-shoulder with everyone else who called Lane County home. They were as much a part of the social fabric as they could’ve been.

Farmers’ dependence on the powers of nature is overwhelming. The joke in the Lutheran church where I grew up was about how farmers only pray when they’re in desperate need of rain — essentially only turning to God when there’s no one else to help them save their crop. And so, on Sundays during dry spells, our pastor would lead us in praying to God to let it rain on us, and we would nod and repeat, “Amen.”

Every farmer knows that one bad crop isn’t going to sink them. But two or three in a row, coupled with the high debt it takes to keep a farm going, and you’re done. That means you’ve failed not only yourself, but your parents and their parents, and any other generation who ever dropped sweat and blood on your land. It’s a wicked sort of self-imposed shame.

It’s only supposed to get worse, too. Ag economists say we’re pounding on the door of another downward spiral, especially true if NAFTA is swept aside and we’re left with dwindled markets on which to sell the food we grow. The result will be that farmers — at least where I’m from in the bread basket — will be living next to even more literal mountains of wheat, corn and sorghum (small grains) with nobody to buy them. (Our chief customer, Mexico, has been turning elsewhere for grain anyway since its relationship with our country soured with the election of our current president.)

The failures will be high — as bad as they were in the 1980s, some fear. I was young in the 1980s, and remember that times were lean — but I was a kid. I didn’t know that it was a living hell for farmers, and that pretty much all of our neighbors were sweating bullets. Somehow, my parents kept our farm going — making incremental investments and spending the bare minimum. But that wasn’t the case for thousands — the loss of farms and farmers to suicide was enormous.

As it did for my neighbors, the despair farmers feel has everything to do with money. Farmers think constantly about the costs they incur to produce commodity. That means, mostly: land investment, high-cost equipment, fertilizer, herbicides and pesticides, labor, and obviously, seed. Most of those input costs are constantly on the rise. Meanwhile, the price they get for their commodity stays the same. They get pinched, and unless they do some creative entrepreneurship (or some other job on the side), they feel that pinch as more of a vise-like squeeze. It’s the constant worry they won’t be able to make it work, living from crop to crop, herd to herd, birth to slaughter, minute to minute.