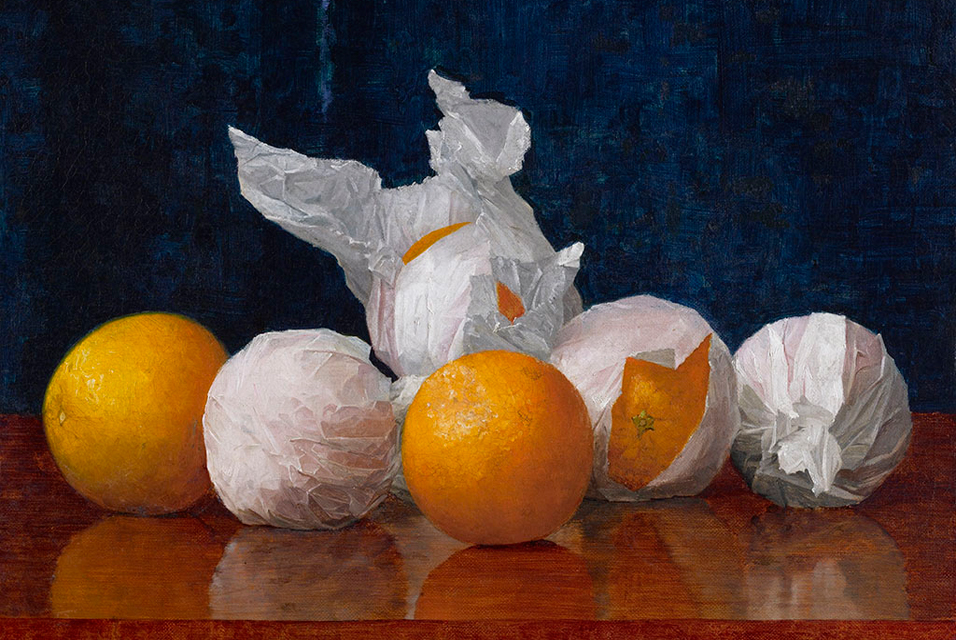 by Nadia Berenstein is a PhD student at the University of Pennsylvania, writing a dissertation about the history of flavour science, synthetic flavours, and flavourists.

In 1913, when the world seemed to totter precariously between progress and catastrophe, Henry Theophilus Finck published a book arguing that the source of the United States’ troubles was its citizens’ indifference to the attractions of a good meal. ‘The most important problem before the American public,’ he insisted in Food and Flavor: A Gastronomic Guide to Health and Good Living, ‘is to learn to enjoy the pleasures of the table.’ Part-manifesto, part-scientific treatise, part-culinary travelogue, Finck’s remarkable volume rejects puritanical hang-ups around gustatory indulgence, and proposes gourmandising as the key to both personal health and US national advancement.

Finck argued that ‘Flavour’ – transcribed throughout the book ‘with a big “F” to emphasise its importance’ – was not a luxury, but a necessity. Enjoying ‘the pleasures of the table’, Finck wrote, ‘is our moral duty’. Even more, it was a civic responsibility. ‘We have not as a nation understood that there is nothing in the world on which our health and hourly comfort, our happiness and our capacity for hard work, depend so much as on the Flavour of food – those savoury qualities which make it appetising and enjoyable, and thus digestible and helpful,’ he wrote. The future of the US as a vital, productive, progressive nation depended on Americans taking flavour seriously.

During his lifetime, Finck was best-known as a music critic. Born in Missouri in 1854 to German immigrant parents, he had grown up in rural Oregon – he was the first Oregonian to attend Harvard College – and had travelled widely throughout the US, as well as in Europe and Japan. He was in Germany for the first Bayreuth festival in 1876, which he wrote about for the New York World. He went on to serve as the New York Evening Post’s chief music writer, championing composers such as Franz Liszt and Edvard Grieg during a 40-year career at the paper. A polymath, Finck’s interests were far-ranging. In addition to many volumes on music, his published works include a theory of romantic love, a treatise on gardening, and a dieting book.

Finck took up the cause of deliciousness at a time when the food that people ate and where it came from were changing rapidly. Industrialisation, urbanisation and new technologies such as cold storage, canning and hydrogenation were transforming how food was produced and consumed. More Americans were eating food prepared outside the home, including processed food made in factories by giant companies such as Heinz, Campbell’s, and the National Biscuit Company (Nabisco). Finck fretted that these changes made for an increasingly ‘ungastronomic America’. Everywhere flavour receded before increased profits or improved efficiency. ‘Time was when a crisp slice of bacon would give zest to a whole breakfast,’ Finck complained, ‘but the bacon served now… has no more flavour than sawdust,’ as chemical preservatives replaced time-honoured methods of smoking and curing. Machine-polished rice was white and ‘pretty to look at’ but, ‘deprived of its nutritious outer parts’, it was ‘as tasteless as the paste that a paper-hanger brushes on his rolls of wallpaper’. The US frozen chicken was ‘foul’; its sodden canned oysters insipid; its butter bland … ‘the melancholy list of gastronomic misdeeds might be prolonged indefinitely,’ he wrote. In comparison, Europe boasted crusty loaves, dazzling varieties of cured meats, savoury vegetable salads and redolent cheeses.

The problem was not that industrial modernity seemed to produce only diluted simulacra of remembered bacon, or that food technology had somehow made it impossible to find honestly smoked whitefish in New York City. The problem, Finck lamented, was that most Americans did not care. They consumed food insensibly, bolting down poorly prepared slop during rushed meals. They had no respect for the art and science of cooking, for the intelligence, skill and creativity of the trained chef. They didn’t know how to savour flavour.

Finck believed that the neglect of flavour had an enervating effect on the US people, despite the country’s bounty of food. Dyspepsia was a ‘national plague’, a chronic condition that sapped the vitality, productivity and fertility of US citizens. ‘The stomach is the source of most preventable diseases,’ Finck testified, a view widely shared by contemporaries ranging from John Harvey Kellogg, whose Battle Creek Sanitarium helped to define the epidemic and its cereal-based cure, to Harvey Wiley, who, as chief of the US Department of Agriculture (USDA) Bureau of Chemistry, had spearheaded the Pure Food and Drug Act of 1906. Unique among his peers, however, Finck pleaded for the primacy of gustatory pleasure in the movement to fortify national health…