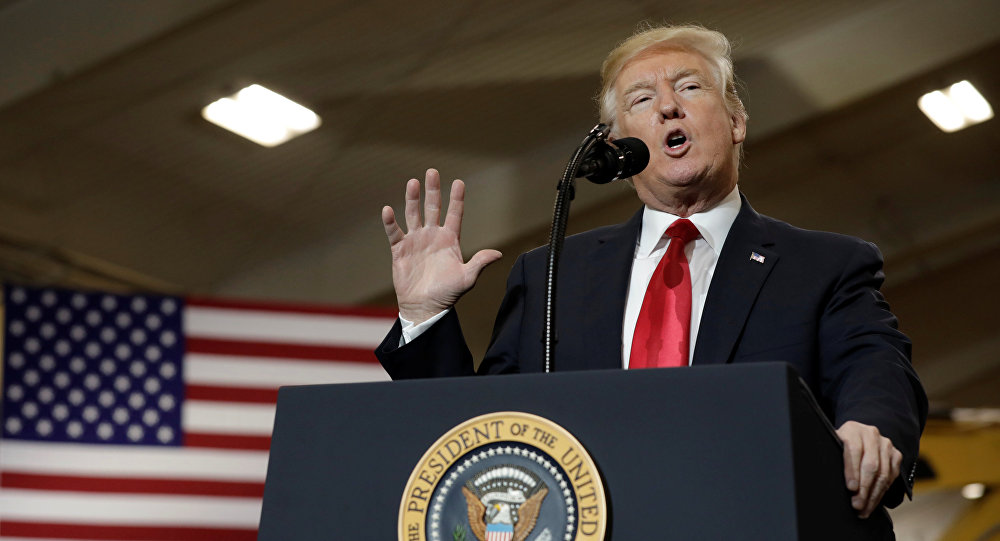 ‘Smart missiles should fly toward terrorists, not legal governments’ the Russian foreign ministry said in response to Donald Trump’s tweet after he warned Russia to prepare for the new, smart and nice missiles coming to Syria in the wake of an alleged chemical attack there.

Sputnik discussed this with Stephen Lendman, an independent journalist and writer.

Sputnik: US President Donald Trump has threatened to strike Syria and he has told Russia to get ready, what do you make of that comment?

Stephen Lendman: It’s really lunacy, imperial madness is the expression I like to use. I think he has been co-opted by the lunatics, they are already pestering his administration and, of course, John Bolton just joined and Mike Pompeo will be his new Secretary of State as soon as he’s confirmed by the Senate, so he’s really has a hardened war Cabinet; that’s the expression I like to use.

I think they convinced him that this is the right thing to do, he may actually believe in that false flag in Douma. There was no chemical weapons attack, but he actually may believe that the attack occurred. He follows Fox news in America for news, and of course, they tell him nothing. There was no attack, it was a false flag and based on a big lie; he risks inciting potential global conflict.

Sputnik: It is a very frightening situation now and there is a whole chain of command that Trump has to go through. You mentioned some of the people in the chain of command, do you see any sort of resistance from any of the members of the upper command of the US Army?

Another thing that gives me a little bit of hope is that Theresa May in Britain is getting little skittish about this. According to the UK media, she wants evidence of a chemical weapons attack in Douma and, of course, there is no evidence, it’s a bunch of rubbish the US media reports, but if she goes after accurate information she’ll learn that there was no CW attack in Douma, so she’s a little bit hesitant, she wants the evidence, she won’t get it. France, I think, is a little bit more belligerent, I’m certain that Israel is very belligerent, looking for any reason to attack Syria, and this thing could explode into something very, very dangerous. I remember the 1962 Cuban missile crisis vividly; it was nothing, it paled in comparison to what can potentially go on now.

Stephen Lendman: Oh no, I think America will lead whatever happens, but it’s a very good chance that it could be a joint US, UK, French and Israeli operation. I think Israel is just itching to do something more extreme than it’s already done and if it has America’s blessing it could join in, and again believing, these countries believing that together they have power and that Russia really won’t respond militarily, at least very much to this.I think this is a false notion, I think that if Russia said it would down incoming missiles they should believe it’s true, I think this is exactly what will happen…