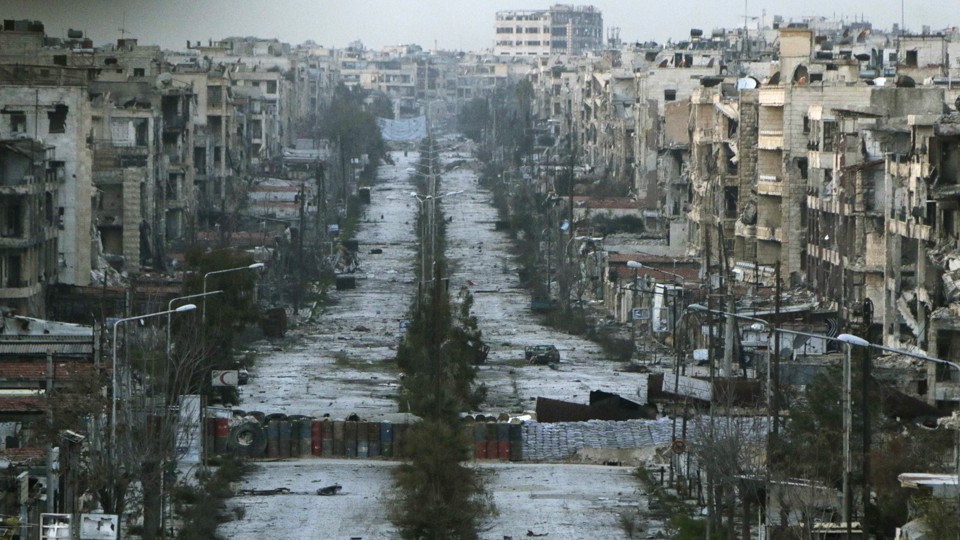 A story of ethnic and sectarian conflict, international connivance, and above all civilian suffering

Seven years of horrific twists and turns in the Syrian Civil War make it hard to remember that it all started with a little graffiti.

In March 2011, four children in the southern city of Der’a scrawled on a wall “It’s your turn, Doctor”— a not so subtle prediction that the regime of Syrian President Bashar al-Assad, a British trained ophthalmologist and self-styled reformer, would go down in the the manner of the Ben Ali regime in Tunisia, the Mubarak regime in Egypt, and eventually, the Qaddafi regime in Libya. But Syria’s story would turn out differently.

The crackdown started small. Assad’s security services arrested the four graffiti artists, refusing to tell their parents where they were. After two weeks of waiting, the residents of Der’a—who are famously direct and fiery—held protests demanding the children’s release. The regime responded with live gunfire, killing several, and drawing the first blood in a war that’s now killed some half a million people. With every funeral came more opportunities for protests—and for the regime to respond with more violence.

The protests quickly spread to other towns and cities—Homs, Damascus, Idlib, and beyond—engulfing what is nominally still the Syrian Arab Republic in flames. The underlying dynamic that drove the Arab uprisings—a rapidly growing youthful population and a rigid repressive regime incapable of change—was consistent across a number of countries. But the effects varied widely, and nowhere were they more ferocious than in Syria, where early hopes that Assad would go the way of other dictators have crumbled in the ruins of Syria’s ancient cities and the shattered lives of its people. The progression of the regime’s brutality, from deploying snipers to pick off protesters demanding freedom and dignity, to dropping chemical weapons on entire towns, has unfolded with the world watching in real time.

And now the world has again observed, through snippets on social media, what appears to have been a chemical-weapons attack in a rebel stronghold. It has watched the retaliatory strikes of the United States and allies, and heard the Pentagon claim success in the bombing of three facilities associated with Assad’s chemical weapons program. How Syria moved from graffiti, to the near-toppling of its dictator, to that same tyrant’s reassertion of control over a broken country, is a story of ethnic conflict, international connivance, and above all civilian suffering. And it’s not ending now, but only entering a new and perhaps even more dangerous phase.

Decision-makers in Western capitals had long viewed the Assad regime as a grim model of Middle Eastern stability, but in 2011, they suddenly thought that “people power” would bring down Assad as it had other Arab despots. The Assad regime, however, had something the others didn’t. “Popular resistance” strategies work well against authoritarian systems whose leadership come from the country’s ethnic and sectarian majority, such as Egypt. Soldiers ordered to turn their guns on protestors are faced with a choice: Shoot their brethren among the protestors, or help get rid of those ordering them to do so. This causes a split in the army and security services, which can lead to a toppling of the government.

Assad’s by contrast is a minority government with a kind of fortress of sectarian interests around it. Minority Alawites serve at the core, followed by concentric rings of other minorities (Christians, Shia, etc.), and finally by coopted Sunnis who represent the majority in Syria. Minority army and security officers are therefore farther removed from the majority Sunni population, making them more likely to order fire against protestors than to topple their brethren in power. This has galvanized the Assad regime against the kind of splits that toppled Ben Ali and Mubarak.

But this evidently wasn’t part of President Obama’s calculation when, in August of 2011, he declared that Assad should “step aside,” as if Syria’s strongman would magically leave on his own. To speed up the process, Obama organized European and Arab League allies to adopt similar language, as well as a raft of sanctions on the Assad regime, most notably a ban on purchases of Syrian crude oil, the regime’s lifeline. Totally missing was a plan for removing Assad in the event he didn’t go peacefully…