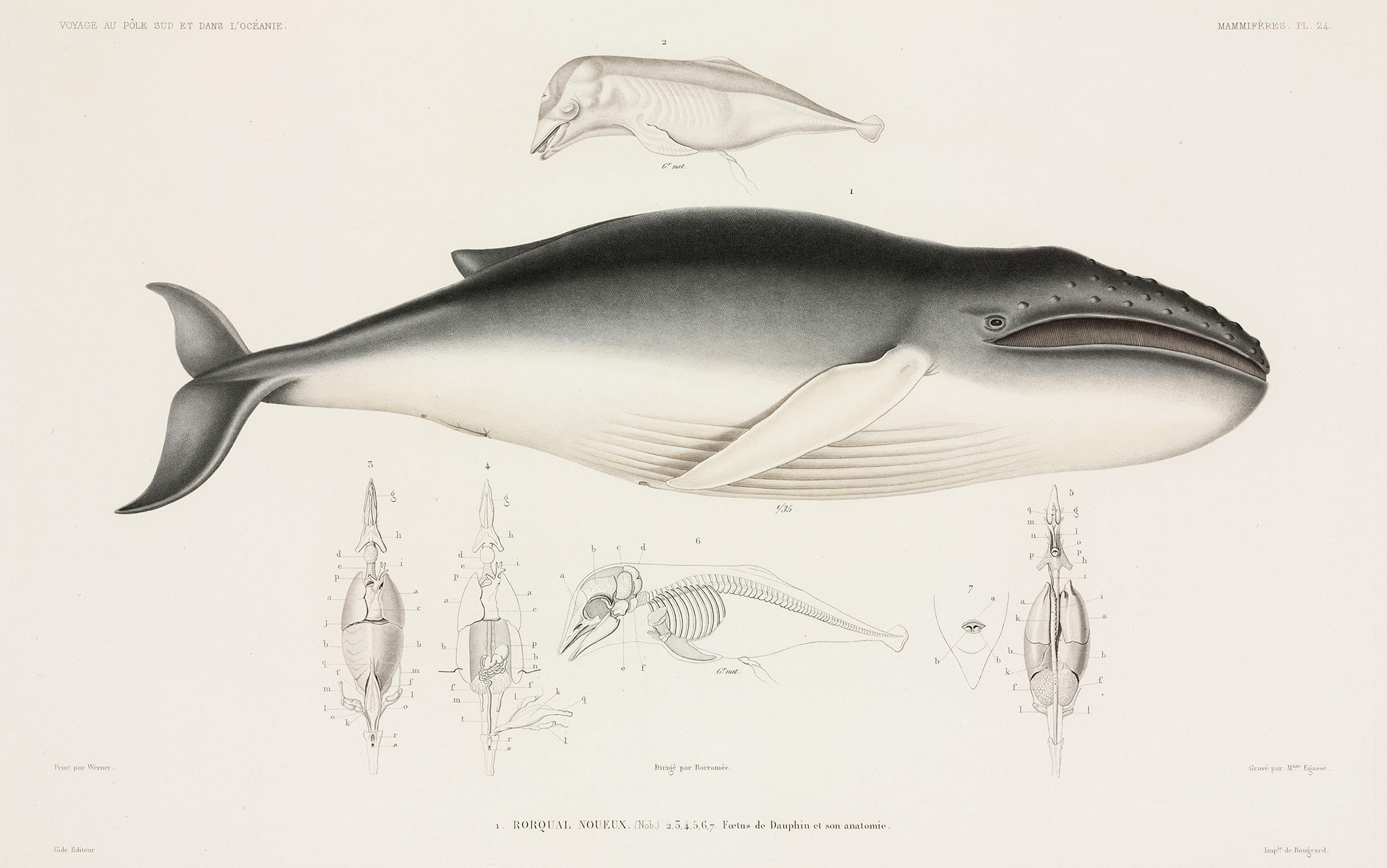 From Voyage to the South Pole and Oceania on the Corvettes Astrolabe and Zélée, during the years 1837-1840 by Jules Sébastien Cesar Dumont d’Urville. Photo by Getty Images

The idea that nature is a humming, complex, clockwork machine has been around for centuries. Is it due for a revival?

Jessica Riskin is professor of history of science at Stanford University. Her latest book is The Restless Clock: A History of the Centuries-Long Argument Over What Makes Living Things Tick(2016).

Published in association with
The University of Chicago Press

The philosopher René Descartes, who lived for a time near the royal gardens of St Germain-en-Laye just outside Paris, was intrigued by the strange machines installed there. The grounds of the château were abuzz with water-powered automata that cavorted in grottoes, enacting scenes from Greek mythology and playfully splashing their visitors. If these intricate hydraulic mechanisms could perform the defining actions of living things – moving themselves, engaging, interacting – why shouldn’t living things and even human beings be a kind of machinery? ‘I suppose the body to be nothing but a statue or machine made of earth,’ Descartes wrote in Treatise on Man (1633), where he invoked the ‘clocks, artificial fountains, mills, and other such machines which, although only man-made, have the power to move of their own accord’.

At the time, Europe was humming with mechanical vitality. On the grounds of palaces and wealthy estates, 16th- and 17th-century Europeans built theme parks featuring puckish androids that chased after or hid from guests, sprayed them with water, flour or ash, made faces and sang songs. In churches and cathedrals, automaton angels sang and prayed; horrible devils rolled their eyes and flailed their wings; the Holy Father made gestures of benediction; and mechanical Christs grimaced on the cross as Virgins ascended Heavenwards.

The model of nature as a complex, clockwork mechanism has been central to modern science ever since the 17th century. It continues to appear regularly throughout the sciences, from quantum mechanics to evolutionary biology. But for Descartes and his contemporaries, ‘mechanism’ did not signify the sort of inert, regular, predictable functioning that the word connotes today. Instead, it often suggested the very opposite: responsiveness, engagement, caprice. Yet over the course of the 17th century, the idea of machinery narrowed into something passive, without agency or force of its own life. The earlier notion of active, responsive mechanism largely gave way to a new, brute mechanism.

Brute mechanism first developed as part of the ‘argument from design’, in which theologians found evidence for the existence of God in the rational design of nature, and therefore began treating nature as an artefact.  The natural world of late-medieval and early Renaissance Europe had contained its own spirits and agencies; but arguments from design evacuated these to a location decisively outside the physical realm – leaving a fundamentally passive machinery behind. Since theology and natural science were not yet distinct fields of inquiry, brute mechanist ideas pervaded both. Between the mid-17th and early 19th centuries, the principle of passive matter became a foundational axiom in science, to the point that few people today recall its theological origins.

A key moment in the establishment of brute mechanism in science took place one Sunday evening in Edinburgh, in November 1868. The English naturalist Thomas Henry Huxley – friend and defender of Charles Darwin, as well as a professor of natural history, anatomy and physiology – gave a lecture. He chose the subject of protoplasm, or, as he defined it for the uninitiated, ‘the physical basis of life’. Huxley’s main point was simple: we should be able to understand what brings something to life simply by reducing it to its component parts. There should be no need to invoke any special something, any force or power such as ‘vitality’. After all, Huxley quipped, water has extraordinary properties too; but we needn’t rely on something called ‘aquosity’ to explain how hydrogen and oxygen produce water under certain conditions. To be sure, Huxley couldn’t say how the properties of either protoplasm or water arose from their composition; but he was confident that science would find its way to the answer, as clearly as ‘we are now able to deduce the operations of a watch from the form of its parts and the manner in which they are put together’.

Huxley’s lecture was a huge hit. Several editions of the periodical in which it appeared sold out straight away, with the editor enthusing that no article had ever ‘excited so profound a sensation’. Almost a century and a half later, Huxley’s quip about aquosity reappears regularly in biology textbooks and works of popular science. Yet despite the general triumph of the brute mechanist view of nature, there has also been a long line of dissenters. While brute mechanists were busy evacuating perception and agency from nature, there were still those who struggled to hold matter, feeling and will together: to keep the machinery alive. Their model can be hard to discern through the distorting acoustics of the latter 18th and 19th centuries, but these holdouts certainly had something very different in mind when they talked about the ‘clockwork cosmos’ or the ‘animal-machine’. We might call it active mechanism: the belief that agency is an essential and ineradicable part of nature…