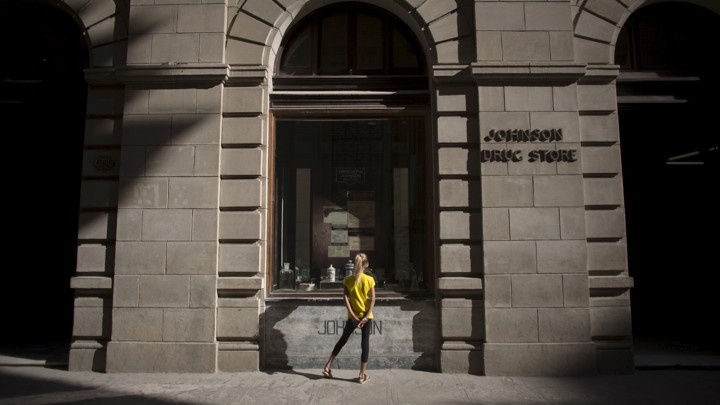 When Marsha Richins started researching materialism in the early 1990s, it was a subject that had mostly been left to philosophers and religious thinkers. In the intervening decades, Richins, a professor of marketing at the University of Missouri’s Trulaske College of Business, and others have contributed a good deal of academic research that backs up some of the wariness people have, for millennia, expressed about the pursuit of worldly things.

One focus of Richins’s research has been how that pursuit begins in childhood, and in particular accelerates in middle school. That’s the time when kids, on average, give the most materialistic responses to the question of what makes them happy. In a paper published last year, Richins described how the social dynamics of middle school can lead children to place more importance on owning and having things. (Movies, TV, the internet, media, advertising, and parents’ own habits, of course, can have similar effects.)

I recently spoke with Richins about this process, as well as the challenges, for parents, of providing counter-programming to middle school’s codes of behavior. The conversation that follows has been edited for length and clarity.

Joe Pinsker: How does a typical middle-schooler learn that materialism can help them navigate everyday life?

Marsha Richins: I think of seventh grade as being the worst age of a person’s life. It’s really a fraught time, and there’s all this insecurity that kids have about, “Who am I? Do people like me? What kind of person am I?” So, how do we navigate that? Well, our appearance is one of the things we navigate with. So, what does a kid see when they see another kid? They see the expression on their face, they see the body language, the posture, and the clothes they’re wearing. And so a kid who’s not very self-confident in navigating this is going to maybe feel a little more self-confident if they’re wearing the right kind of clothes rather than the wrong kind of clothes. Here we’re learning, right off the bat, that having things can help us define who we are.

Pinsker: Can you talk a bit about what the alternative is to dwelling on physical stuff—the “intangible resources” that kids have for making conversation, like who they are and things they’re good at?

Richins: I have this hypothesis, which I’ve not really been able to test. It seems to me that if a child has certain intangible resources—maybe they play a musical instrument and they’re in the band—they would maybe develop some friendships based around that shared experience. Maybe their parents are saying, “Wow, I’m so proud of you for sticking with band and you’re practicing your trumpet.” This can give a child a sense of who they are beyond just possessions, but that’s an intangible thing. So if kids have more things like athletic skills or activities that they can talk about or form connections with friends over those things, they can feel good about themselves through many different kinds of things. And if you’re lacking other kinds of things—if you’re lacking intangible resources—you might want to fall back on tangible resources.

Pinsker: You’ve been talking about the middle-school phase, but kids internalize materialist messages at younger ages too, right?

Richins: Yes, they do. One of my co-authors, Lan Chaplin, has done some of the definitive work with children and materialism, and she finds big differences over time—it gets more pronounced right around middle-school age. For instance, she has kids make collages. She gives them words on paper and asks, “How important are these things to you?” And then they put the most important things on their collage. As the kids get to middle-school age, more and more tangible things get on there and a larger percent of them are actual things, as opposed to activities or other people.

Pinsker: Based on your research, are there any interventions parents can stage as their children start to put sometimes too much value on material things?

Richins: We don’t really know because we haven’t really studied interventions, but I do a lot of surveys with people between the ages of 20 and 40, and I ask them to describe who they are now and to reflect on their childhood. Now, we have to be very clear that this is a very imperfect method of getting data about people’s childhoods, because there are all kinds of memory biases. But one of the most consistent findings is the association between the person’s current level of materialism and how they perceived their parents using things when they were growing up…