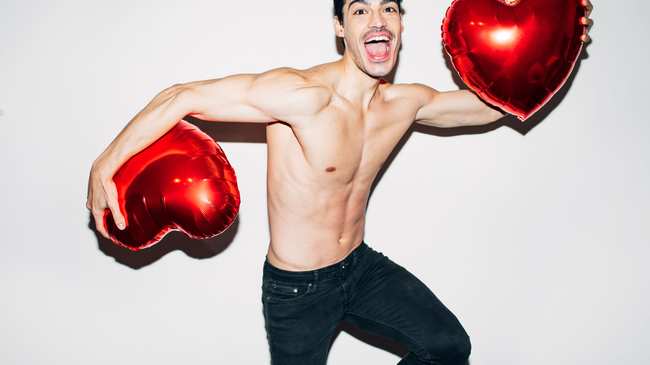 It’s known as ‘lovebombing’—and here’s how to tell if you’re experiencing it.

So you’ve just started dating someone, and it seems like it’s going really well. They seem really into you: They’re thoughtful and attentive, they’re great in bed, and perhaps most shocking of all, they text you back immediately. But then things start getting a little weird. They’re calling constantly. Their texts are incredibly emotive and emoji-laden. They’re constantly giving you compliments. And they want to meet your parents, even though you’ve only been on a handful of dates.

“Lovebombing” is a term that is used by therapists to refer to someone being overly solicitous or affectionate in the early stages of a relationship. (There’s speculation that the term was coined by the Reverend Sun Myong Moon, the charismatic founder of the cult the Unification Church, who used it as a way to describe the organization’s recruitment tactics.) Put simply, lovebombing is “a way of controlling people by giving them what they want and telling them what they want to hear,” says Gloria Brame, a Georgia-based relationship and sex therapist.

Lovebombing is commonly used by people with narcissistic personality disorder (NPD), which is characterized by a constant need for praise and attention and an inability to handle disappointment or criticism in any form. NPD is relatively rare: According to Forrest Talley, a California-based clinical psychologist, it’s only exhibited by less than one percent of the general population. Yet the term has caught on in popular culture as of late, in large part because the advent of dating websites and apps have made it easier than ever to do: If someone rejects your overly solicitous advances, you can just swipe on to the next person.

Signs that you’re being lovebombed include someone telling you that they’re in love with you after the second date, showering you with gifts and praise, and texting and calling you at all hours of the day. The lovebomber is keenly attuned to your vulnerabilities: If they sense you’re insecure about your looks, they’ll tell you you’re the hottest person in the world. If you say you’re struggling with money, they’ll buy you a nice gift. The ultimate goal is to “isolate you and control you and make you feel like you really owe them something,” Brame says.

To be clear, not everyone who is effusive and affectionate is a love bomber—nor is everyone who falls head over heels for you automatically suspect. That’s why there’s often a somewhat blurry line between someone who is lovebombing you and someone who may not have a great sense of boundaries, or who may just be insecure and crave your approval. “It’s not always malicious,” Brame says. “Sometimes they may be just a little over-eager and clueless.”

But at the end of the day, there are a few ways to differentiate a lovebomber from a garden-variety lovestruck fool—for starters, if they start making promises they can’t keep. The lovebomber may constantly tell you how badly they want to meet your parents, but they’ll always come up with excuses for why they can’t. “He doesn’t really want to meet your family, or want you to meet his family. He’s not making a normal investment in you,” Brame says. “He makes a lot of promises that he doesn’t fulfill.” (Note: While anyone of any gender can practice lovebombing, it is more common among men, as is NPD in general.)…