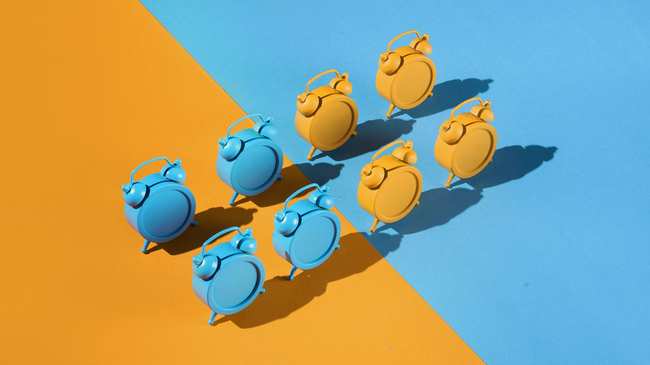 And why you can’t wake up when you have to.

Life would be much easier if we could toggle the human body’s sleep mode on and off as easily as we do on our phones. But for many people, there’s an inverse relationship to what they want and what they get once they’re under the covers—whether it’s a few extra hours to snooze on a lazy Sunday morning, or the ability to spring out of bed feeling energized and ready for work. Apparently, this holds true even the world’s most Type A athletes, as evidenced by a tweet Serena Williams posted earlier this morning.

While Twitter was quick to speculate, we put the question to a slightly more credible authority. Whether you’re a tennis star or not, a more likely culprit, says W. Chris Winter, a board certified neurologist, sleep specialist, and author of The Sleep Solution, is your workday routine: Williams, for instance, mentions not being able to open her eyes before 9 am on training days.

Winter points out that many of us, thanks to draconian work schedules not attuned to our bodies, have to wake up earlier than we would naturally. That can contribute to the “brain fog” that makes it that much harder to get out of bed. You feel listless, groggy, and out of sorts because your sleep has been rudely interrupted. It’s all about your natural circadian rhythms—some people (known as larks or “morning people”) tend to sleep and wake earlier, while others would rather stay up late and sleep late. These differences are largely genetically determined and can be very difficult to change. Some research even shows that night owls have a genetic mutation that slows their circadian rhythm, meaning they’re always trying to catch up with the rest of the world.

Fighting your circadian rhythms can leave you groggy and uninterested in leaving bed. But your body can also become conditioned to a morning routine. Winter points out that most people are used to waking up, seeing light, eating, having social interactions, and so on. That’s a routine, and the body adapts to it. In Williams’s case, she’s also likely working out, which raises her body temperature and reinforces the physical conditioning. This physiological routine is hard to break even on days off, which could be why sleeping late on non-training days is so hard. It’s also linked to why you can still feel tired even after sleeping in.

Winter points out another factor: “There often exists a subtle psychological pressure that when a person can sleep in, she should.” Trying too hard to sleep, however, actually makes it more difficult to do so. “Unlike sports,” Winter says, ‘try harder’ is the kiss of death with sleep. With athletes, we work on restructuring the view of being awake in bed from one of being a failure to being an opportunity for meditation and relaxation. Awake in bed does not equal failure,” he says.

In short, we’re all tired when we have to get up early for work or training because it’s earlier than our bodies would like. But because we nonetheless do get up early most days, our bodies are in a routine and can’t quickly adjust on the odd days when we try to sleep in.

Appreciating downtime in bed without feeling pressured to sleep can help people immensely, Winter adds. Conscious meditation can improve relaxation, too—Winter recommends a Muse meditation device that has a helpful trainer. He often uses it, along with other good sleep habits, to get athletes in the right mindset. “Just like you can train someone to improve their backhand,” he says, “you can train an athlete to improve her sleep.”

Of course, athletes aren’t the only people who have trouble sleeping. Many of us have bad—but fixable—sleep habits. And “sleep hygiene” has lately become a hot topic, as more of us realize just how important a good night’s sleep is. Ultimately, we all could be sleeping better—even, apparently, one of the greatest tennis players of all time.