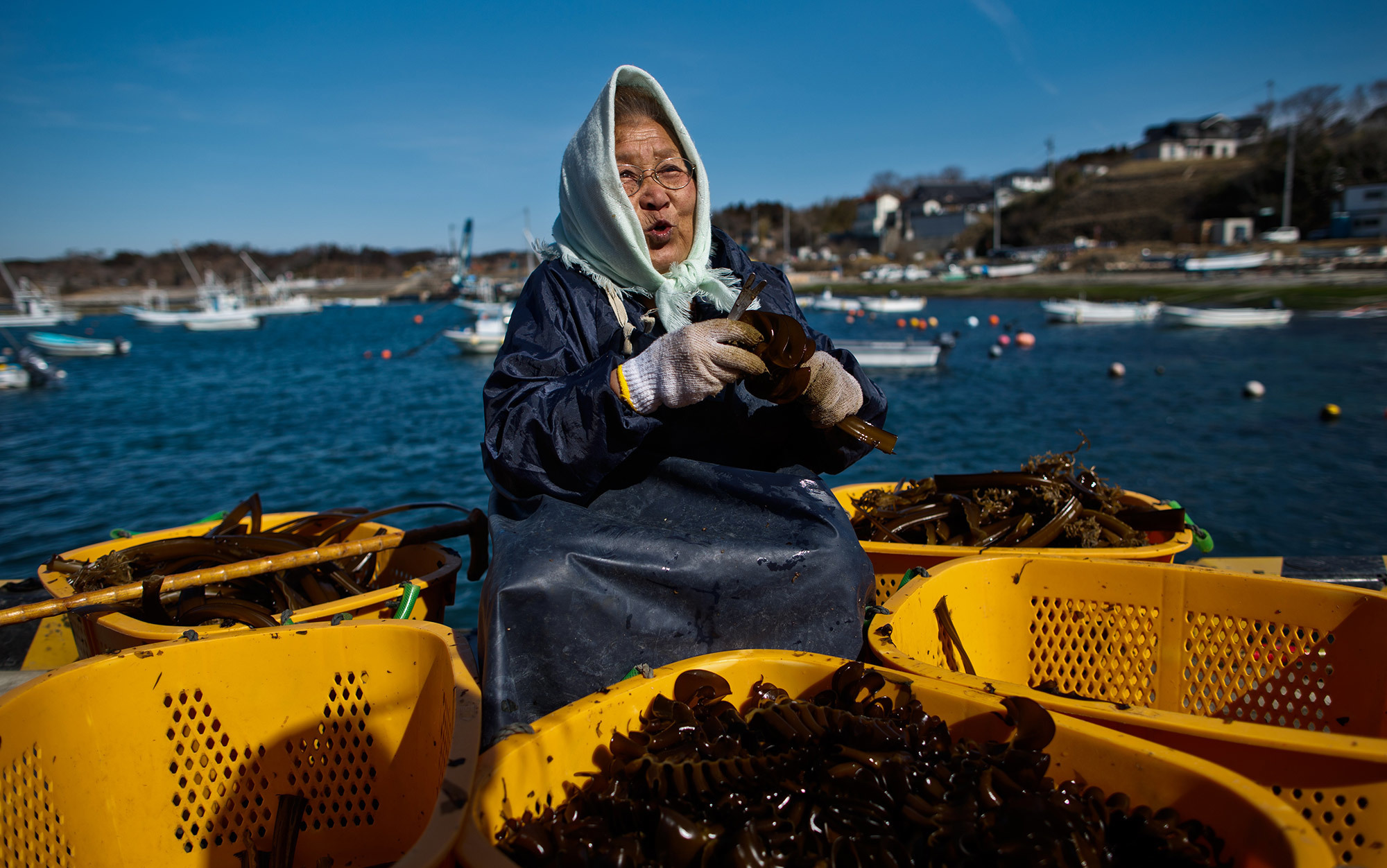 Nurunuru? Reiko Takahashi, 78, prepares seaweed that she collects from the sea at the Tomari Port on 12 March 2013 in Minamisanriku, Japan. Photo by Athit Perawongmetha/Getty

by David Robson is a science journalist specialising in the extremes of the human brain, body and behaviour. A feature writer for the BBC, his first book is The Intelligence Trap: Why Smart People Do Stupid Things and How to Make Wiser Decisions (forthcoming, 2019). He lives in London.

If you think this exercise is futile, you’re in tune with traditional linguistic thinking. One of the founding axioms of linguistic theory, articulated by Ferdinand de Saussure in the early 19th century, is that any particular linguistic sign – a sound, a mark on the page, a gesture – is arbitrary, and dictated solely by social convention. Save those rare exceptions such as onomatopoeias, where a word mimics a noise – eg, ‘cuckoo’, ‘achoo’ or ‘cock-a-doodle-doo’ – there should be no inherent link between the way a word sounds and the concept it represents; unless we have been socialised to think so, nurunuru shouldn’t feel more ‘slimy’ any more than it feels ‘dry’.

Yet many world languages contain a separate set of words that defies this principle. Known as ideophones, they are considered to be especially vivid and evocative of sensual experiences. Crucially, you do not need to know the language to grasp a hint of their meaning. Studies show that participants lacking any prior knowledge of Japanese, for example, often guess the meanings of the above words better than chance alone would allow. For many people, nurunuru really does feel ‘slimy’; wakuwaku evokes excitement, and kurukuru conjures visions of circular rather than vertical motion. That should simply not be possible, if the sound-meaning relationship was indeed arbitrary. (The experiment is best performed using real audio clips of native speakers.)

How and why do ideophones do this? Despite their prevalence in many languages, ideophones were once considered linguistic oddities of marginal interest. As a consequence, linguists, psychologists and neuroscientists have only recently started to unlock their secrets.

Their results pose a profound challenge to the foundations of Saussurean linguistics. According to this research, language is embodied: a process that involves subtle feedback, for both listener and speaker, between the sound of a word, the vocal apparatus and our own experience of human physicality. Taken together, this dynamic helps to create a connection between certain sounds and their attendant meanings. These associations appear to be universal across all human societies.

This understanding of language as an embodied process can illuminate the marvel of language acquisition during infancy. It might even cast light on the evolutionary origins of language itself – potentially representing a kind of ‘proto-world’, a vestige of our ancestors’ first utterances.

How should we define an ideophone? All languages contain powerfully emotive or sensual words, after all. But ideophones share a couple of characteristics that make them unique. For one, they constitute their own unique class, marked with their own linguistic rules – in the same way that, say, nouns or verbs also follow their own rules in how they are formed and used. In Japanese, for instance, ideophones are easy to recognise because they most often take the form of a two-syllable root that is then repeated – such as gochagocha (messy), nurunuru (slimy) or tsurutsuru (smooth)….