10th May 2021Myths and fables passed down over thousands of years are full of fantastic creatures and warring gods. But they also might contain evidence of environmental disasters of the past.

For those affected, it could seem like the end of the world. Residents of Stinson Beach, a popular tourist destination near San Francisco, are coming to terms with studies that show large parts of their neighbourhood will be under a foot of water in less than 20 years. The affluent are able to build homes on raised foundations and afford expensive sea defences that will hold the water back, at least for a while, but the poor will have to accept the loss of their homes or find some way to move them to higher ground.

We may believe the 21st Century is the first time our species has faced this kind of tragedy, but it is not. Sea levels started to rise nearly 15,000 years ago with the end of the last ice age. The melting land ice caused sea levels to rise on average around 360ft (120m) between now and then – at times it was more like an inundation, with the water rising so quickly that people would have been caught in a desperate struggle to stay ahead of it and somehow cope with the enormous effect it wrought.

With the possibility of a catastrophic global sea level rise of 3ft (1m) by 2050 which could force millions of people to leave their homes, researchers have now started to look at ancient stories about land lost to the sea and downed cities in a new way. These aren’t always just good stories, full of poetry and symbolism, but vessels that transmit the collective memory of those that lived through it, and inside which there may be factual evidence as to what might have happened thousands of years ago when the ice sheets melted.

Some researchers argue that tales of hot boulders thrown into the sea or the building of sea walls comprise factual information, albeit exaggerated and distorted to some extent. They give us insight into how our ancestors felt about the rising sea levels and what they did about it, and they can provide evidence that their response was remarkably similar to ours. The insights of ancient peoples may in fact save lives in the future.

These researchers are geomythologists. American volcanologist Dorothy Vitaliano coined the term in a 1967 lecture (basing her ideas on those of the Ancient Greek philosopher Euhemerus, who set out to find the real events or people behind popular myths. While geomythologists’ research into the origins of the legend of Atlantis or the myth of the Loch Ness monster may grab the headlines in a sensationalist manner, it is their job is to study ancient stories once regarded as myths or legends, but which are now seen as possible observations of natural phenomena by pre-literate peoples. 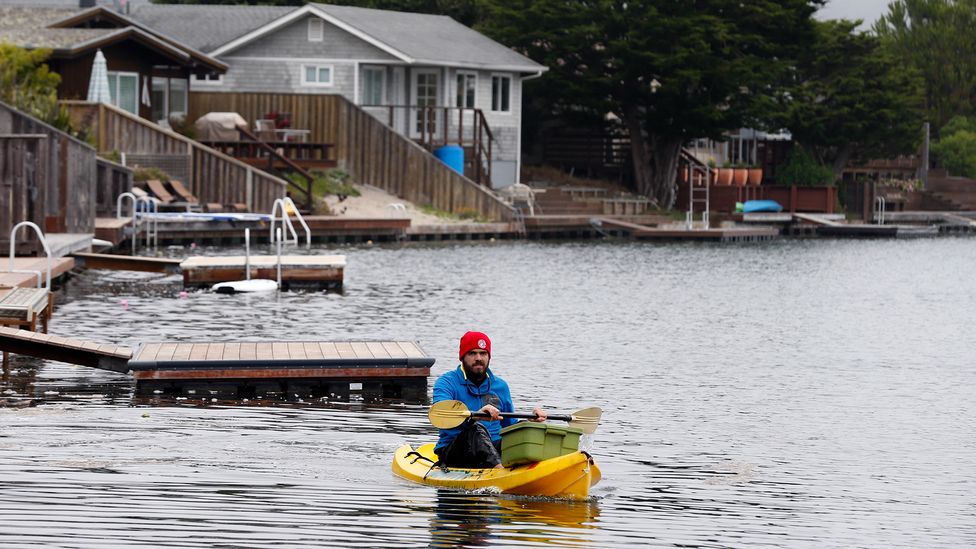 “Geomyths represent the earliest inklings of the scientific impulse,” says Adrienne Mayor, folklorist, historian of ancient science and research scholar at Stanford University, California, and author of the important The First Fossil Hunters, “showing that people of antiquity were keen observers and applied the best rational, cohesive thinking of their place and time to explain remarkable natural forces they experienced.”

Today, the growing number of published papers, citations and Google search results show interest in such work is growing in the scientific community. Such events as volcanoes in early human history or even Biblical themes, such as how volcanoes, earthquakes and plagues may have shaped the story of the Exodus found in the Hebrew Bible.

Time is running out for many geomyths, and the local knowledge they contain risks being degraded and lost

Geologists have started to realize that there’s actually information in some of humanity’s oldest traditions and stories,” says David Montgomery from the University of Washington, author of The Rocks Don’t Lie: A Geologist Investigates Noah’s Flood,“and that while it’s of a different type of information than we tend to gravitate towards in contemporary science, it is still information”.

Yet time is running out for many geomyths, and the local knowledge they contain risks being degraded and lost. “In the Pacific Islands, old people are forever complaining to me that the young people are always on their phones, and that they really don’t want to hear their grandparents’ stories,” says geologist Patrick Nunn, a professor of Geography at the University of the Sunshine Coast, and author of the new book Worlds in Shadow: Submerged Lands in Science, Memory and Myth…