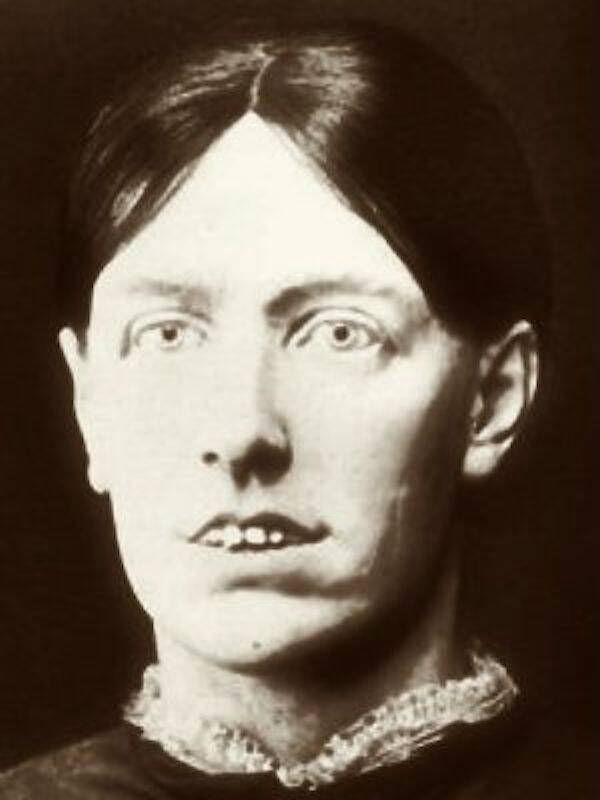 Public Domain/RedditMurderess Mary Pearcey was one of the only female suspects considered by London police to be the notorious “Jack the Ripper” serial killer.

Two years after Jack the Ripper murdered and mutilated five women in London, Mary Pearcey was found guilty of an eerily similar slaying.

In 1888, the streets of London’s East End were stalked by a grisly killer known only as “Jack the Ripper.” Though that murderer was never caught, over 100 suspects were identified — including a murderess named Mary Pearcey.

Indeed, some historians have long suspected that the vicious butcher might have been a woman all along, especially after the DNA results of a 21st-century scientist suggested as much. But that’s not the only reason some believe that Jack the Ripper was actually Jill the Ripper.

The Theory Behind Jill The Ripper 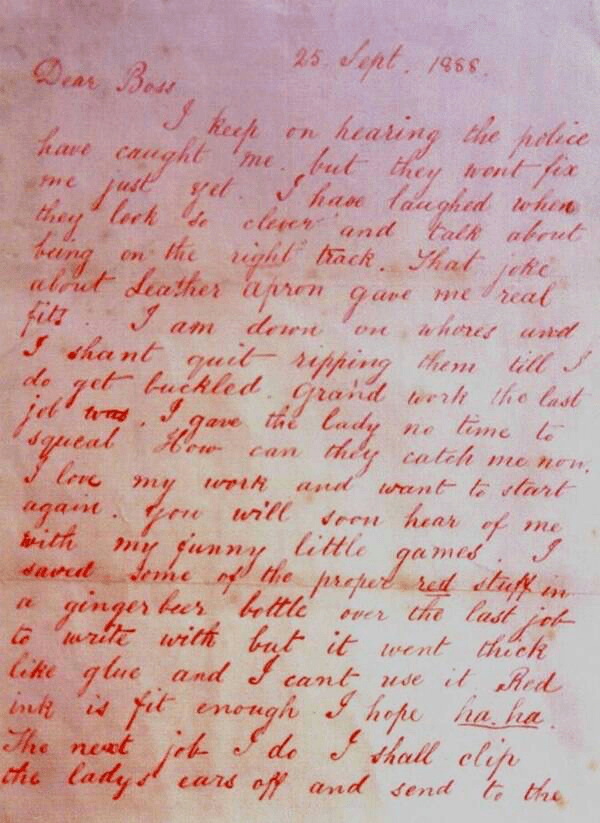 Wikimedia CommonsOne of hundreds of letters sent from Jack the Ripper to Scotland Yard in September 1888.

In the summer and fall of 1888, five women were found mutilated on the streets of London’s Whitechapel district. Some of the victims had been choked so violently they were nearly decapitated, while others were found missing vital organs that had been carved expertly out of their bodies.

The killings terrified London, and the murderer was consequently named “the Whitechapel Butcher” and the “Leather Apron” by the papers. But the killer referred to themself as Jack the Ripper, according to a series of taunting letters they sent to Scotland Yard.

London police received 600 letters from Jack the Ripper. Many were hoaxes, but some contained details only the murderer could know. One letter even predicted two murders and promised the killer would cut off part of a victim’s ear, all of which came true.

But the identity of the butcher remained lost to history until May 2006, when Australian scientist Ian Findlay took a shot at unraveling the 118-year-old cold case.

He used cutting-edge techniques to recover DNA from the stamps and envelopes sent by the Ripper. The technique required at least 200 human cells, which Findlay painstakingly collected from the saliva on the back of the stamp and from the envelope. 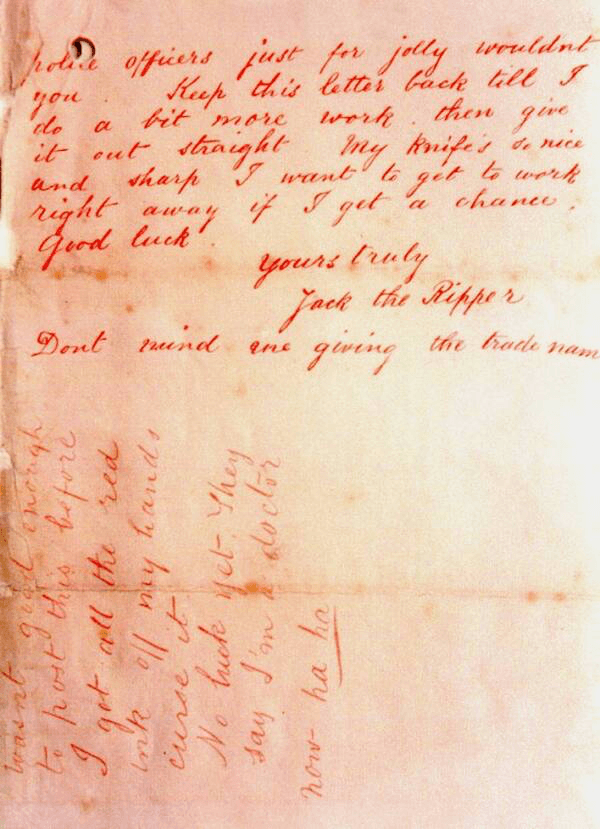 Wikimedia CommonsThis letter from the killer was received with a three-inch-square cardboard box containing half a human kidney preserved in wine.

Findlay uncovered a potential bombshell. Though the century-old DNA made it impossible for him to identify a particular individual, he did form a partial profile. “It’s possible the Ripper could be female,” he declared.

Findlay wasn’t the first to make this shocking claim. In 1888, the British Chief Inspector Frederick Abberline also thought a woman might have committed the murders based on witness statements after the death of Mary Kelly, the Ripper’s last known victim.

Hours after the time of her death, witnesses swore they spotted Kelly, leading Abberline to believe that the killer donned Kelly’s clothes to escape the crime scene.

Even Sir Arthur Conan Doyle, author of the Sherlock Holmes books, speculated that a woman might be behind the crime as only a midwife could walk through London with blood on her clothes without drawing much attention.

The state of the victims’ mutilated bodies also pointed to the possibility of a female Ripper. While the killer’s knife skills earned them the “Butcher” monicker, many 19th-century women had the anatomical knowledge to commit the crime. In particular, a midwife or an abortionist would have been able to surgically remove the uterus, as the Ripper did to some of their victims.

And if Jack the Ripper was actually Jill the Ripper, there was one suspect who stood out to 19th-century investigators: Mary Pearcey.

Was Mary Pearcey The Woman Behind Jack The Ripper? 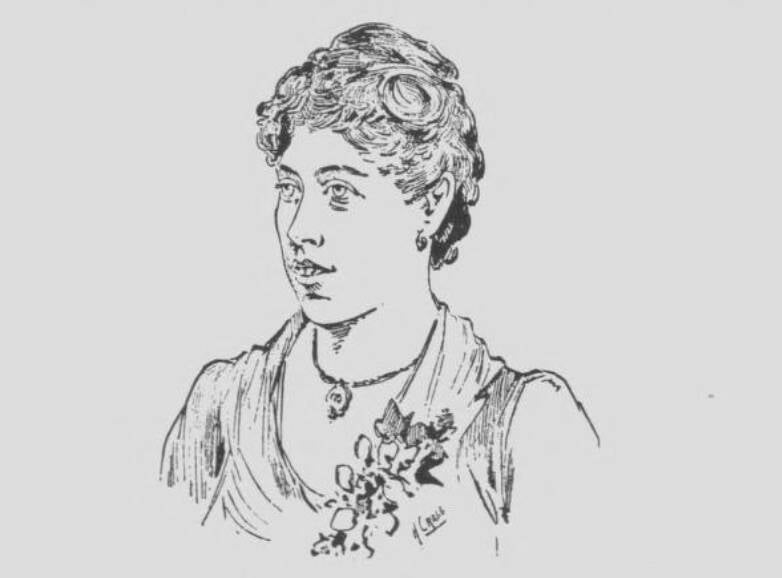 Born Mary Eleanor Wheeler, Pearcey was executed for brutally murdering her lover’s partner with a knife and leaving her body on the sidewalk in 1890.

Around the same time Jack the Ripper haunted London, Pearcey lived with John Charles Pearcey, an English carpenter who she never legally married. Meanwhile, Mary Pearcey carried on several affairs until John kicked her out of his house.

Pearcey then moved in with Frank Hogg, who cheated on her as she cheated on him. Soon, however, Hogg announced he’d gotten another woman named Phoebe Styles pregnant and planned to marry her instead.

Even after Hogg wed Styles, he continued to have a sexual relationship with Pearcey. But when Styles gave birth, Pearcey snapped and lured the new mother and her baby over for tea on October 24…