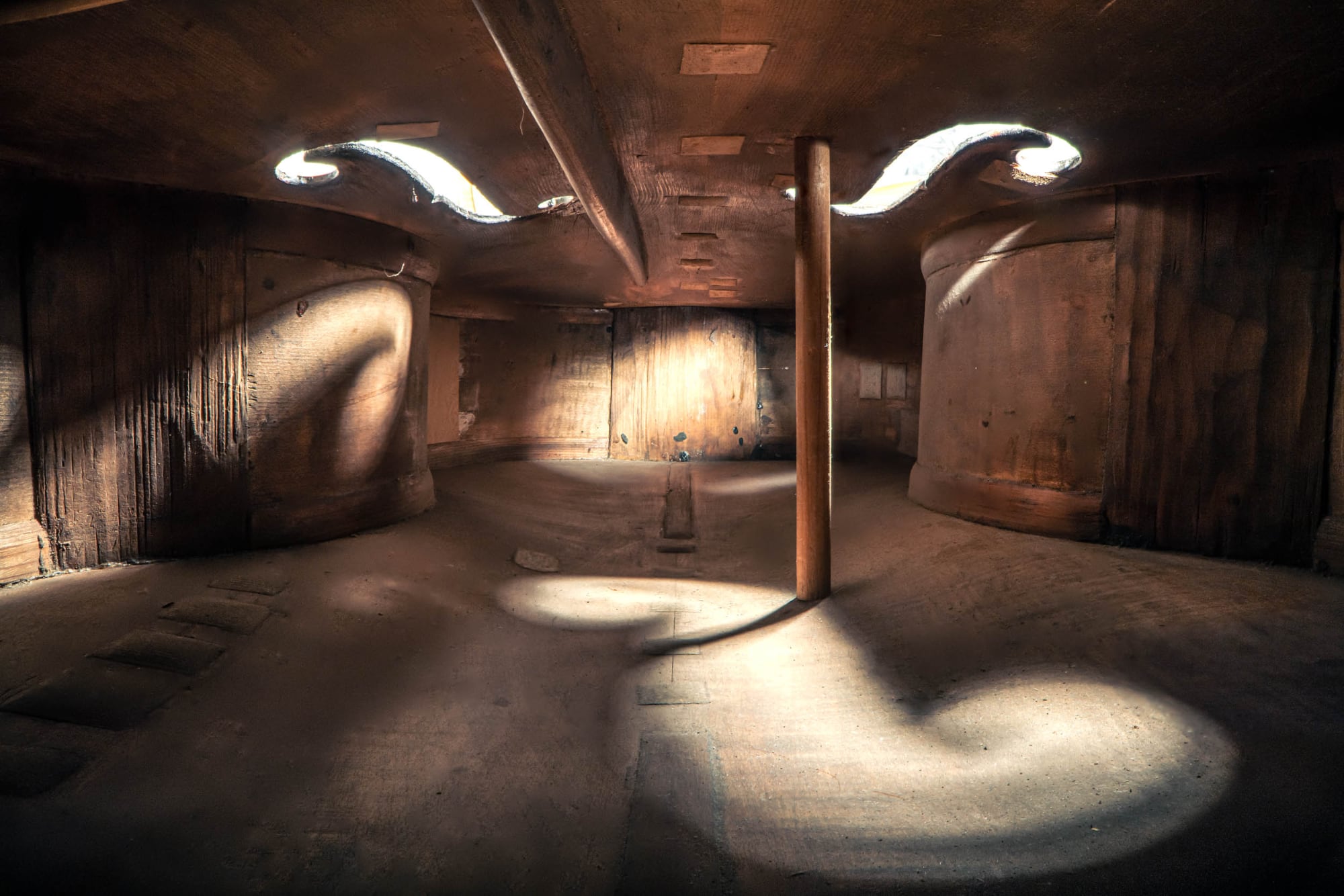 A cellist since childhood, Auckland-based photographer Charles Brooks spent twenty years performing with orchestras around the world, an experience that incited curiosity about the inner workings of the instruments surrounding him. “I never really knew what was going on inside. That was a realm reserved for the luthier. Occasionally, when an instrument was being repaired, you’d get a rare glimpse inside, which was always a thrilling experience,” he shares with Colossal.

This interest culminates in Brooks’s ongoing Architecture in Music series, which peers inside pianos, winds, brass, and strings to unveil their hidden anatomies. Structural and often flanked by repeating elements, the composite images frame the shadows cast by a cello’s F holes, the seemingly endless rungs of a flute’s sound chamber, and a piano’s row of hammers, all of which appear more like buildings or public infrastructure than musical components. “I was always interested in the psychology of how our mind interprets scale in a two-dimensional image. I’d been fascinated by the tilt-shift effect, which made big things look small by blurring part of the image, and I wanted to know if I could make small things look big by keeping everything sharp,” he says.

In order to preserve each instrument while photographing, Brooks used a probe lens with a “minimum aperture of just f/14, which means you need a tremendous amount of light. It also has a very shallow depth of field at that aperture, less than a centimeter when you’re focusing close to the lens.” Each foray into an instruments’ body revealed a similarity between brands—the Steinway and Fazioli grand pianos were nearly identical—and many contained markings and residue from repairs that dated back centuries. “Some instruments really surprised me,” he shares. “I’d never thought to look inside a Didgeridoo before and was astonished to find out that it was carved by termites, rather than by hand!”

Prints of Architecture in Music are available in Brooks’s shop, and you can find much more of his work on Instagram. (via swissmiss)